When my friend Elena took a contract with the Eternal Word TV Network in Rome, I knew a visit was in order. It’s been a decade since my friend Kate and I last visited the Eternal City. Across from the Pantheon, a restaurant advertises “gluten-free pasta or pizza”. Smart cars are still parked willy-nilly; half on, half off sidewalks. The Colosseum is as epic as ever, especially at sunset. The food is still unbeatable. So when we had a Friday off for International Women’s Day, I hopped a plane.

International Women’s Day is celebrated in many countries throughout Europe. Created to honor women who lost their lives in NYC in a textile factory fire in 1908 (prior to the more widely known Triangle Shirtwaist Fire), the day was adopted by many socialist and communist countries and then recognized by many feminist organizations worldwide. The UN began celebrating the day in 1975. 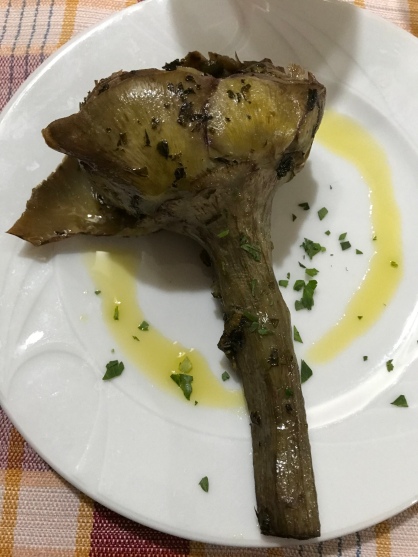 From fresh pasta to artichoke, Rome knows good eats. As I sat on fountain steps on my first morning in town, I watched a man wheel stacks of groceries through the square – cloves upon cloves of garlic.

Tradition runs deep in these parts. Food is serious business. Food is also the spice of life. Cappuccino: you stand, they deliver. Aperitivo, you sit. Pizza, stand. Gelato, stand or sit (seriously delicious either way). To say we ate our way across Rome that weekend would be accurate.

There are somethings I just love about Italian life. Charmingly (perhaps tellingly), every single public clock in the city but one proved incorrect. Work starts at 10am, casually wraps up at 6pm. Everyone and their mother is out in the square at night; drinking, playing, telling tales of the day. And the art. Ohhhh the art.

Having seen David at the Accademia, I opted to forgo the usual tourist haunts. Upon Elena’s recommendation, I had booked an advanced timed ticket to the Galleria Borghese. Do not miss this one, folks. A stunner of a villa, this lesser-know palace has frescos that rival those of the Vatican. It was there I learned that Octavian’s sister (Octavia) was married to Mark Antony, of Caesar fame. Antony and Octavian were major rivals. This was all before Cleopatra came on the scene. The more you know. Anyways, the marble sculpture of Octavia as Ophelia with the apple is a stunner.

In the Park Borghese I sat and sketched. A saxophone played nearby. The guy refused the coins I tried to give in appreciation but then relented after our funny exchange. As I walked deeper into the park, I found landscapes which looked ripped from canvases at the Louvre – too soft in focus to be real.

The Villa Medici bookended the park with stunning views spanning the entire city below. I toured the grounds under the tutelage of a startlingly expressionless yet deeply devoted French guide named Blanche. 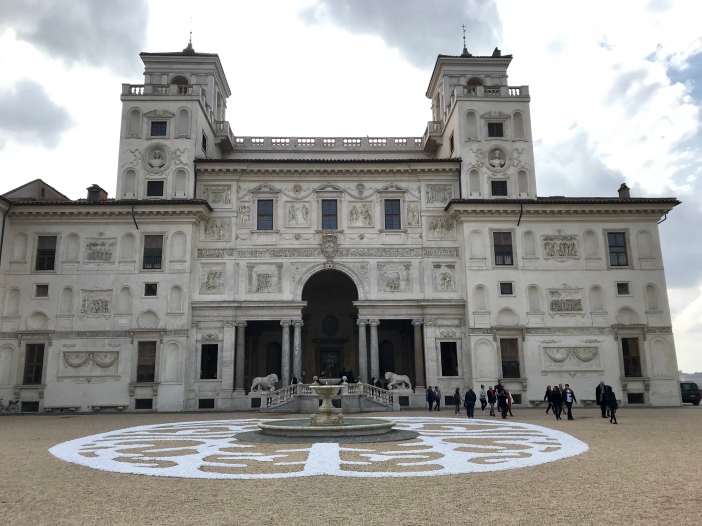 The Villa has been under French ownership since Napoleon gained possession of the place in late 1800s. The Academy now sponsors dozens of fellows (known as “pensionnaires”) who will live and work on the extensive grounds. All artists who can speak French are welcome to apply. Upon hearing I was from Boston, my guide enthusiastically (her demeanor warmed considerably as the tour went on) shared that a former pensionnaire is now an art professor at Boston University. Go Terriers 🙂

Perhaps the highlight of the weekend for Elena and I was our street art tour in the neighborhood of Ostiense. Never ones to skip a meal, we made our way to the Mercato di Testaccio. Once inside, we made a beeline for Mordi & Vio and their heavenly panino picchiapo. Little known fact – panini is plural, panino indicates just one sandwich. Wandering the stalls before our tour, I couldn’t get over the fresh produce. The beans were huge! After another shot of espresso, we set off to meet our tour guide, a local architecture student. 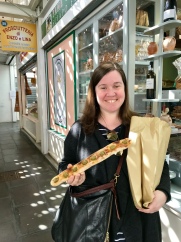 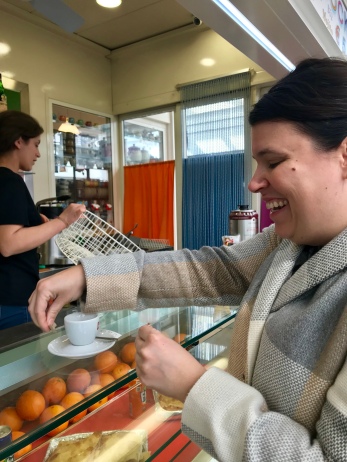 Our guide began by defining street art as public art with a message. In Rome, street artists do this work for free, for a cause, and (typically) with permission from both government and site owner. We wandered through neighborhoods for nearly two and a half hours, learning about artists such as Roa (Belgium), Axel Void (Haitian-American), and Clemens Behr (Germany). I was impressed to know that some street artists like Andreco and Iena Cruz (below, right) are using air-cleaning paints in an attempt to stymie the effects of pollution upon the city and inhabitants.

All too quickly, my long weekend came to an end. On my final day in Rome, Elena took me to see the Pope give his Sunday Angelus. Privy to the text of his speech prior to the address, she translated the message for me as we watched flag-waving pilgrims fill the square. When the moment was right, a maroon rug was unfurled and Pope Francis appeared at a window above the square. It was pretty wild to see him with my own eyes and to be part of the masses gathered on a Sunday in Rome. After receiving his blessing, we enjoyed a final meal together and I headed to the airport with a suitcase packed with pasta and limoncello.

Like time spent with all of my friends from TASIS, it seemed like no time had passed. That weekend away was a game-changer for me, warm weather and all! Back to “spring” in Moscow which brings longer daylight and, hopefully soon, temperatures in the 50s. Addio a tutti!