“The effigy will meet her fiery doom at 3:20pm.” Can’t say I’ve ever gotten an email like that from a principal – this one was definitely a first! What Noah was referring to was the Russian celebration of Maslenitsa, also known as Blini or Pancake Week. My school embraced the tradition and burned an effigy of our own last Friday, on the final day before February break.

Celebrating the end of winter (and the week prior to Lent), Maslenitsa is a 2,000 year old tradition which dates back to pagan times. Since the 2nd century AD, pagans have celebrated this sun festival on the day of the vernal equinox. When Christianity took hold in the Slavic territories, the holiday was initially forbidden by the Church, along with other pagan traditions. However, as people continued to celebrate Maslenitsa, the Church only succeeded in reducing the number of celebration days from 14 to 7 during the 17th Century. The tradition was woven into the celebration of Lent and represented the last chance for people to enjoy foods such as meat, eggs, and fish.

Today, Maslenitsa has been accepted and incorporated into Christian traditions here in Russia. Other European countries, such as Romania, Poland, and Greece host similar celebrations. Around the world, people hold celebrations prior to the beginning of the season of Lent, such as Mardi Gras in New Orleans and Shrove Tuesday (or “Pancake Day”) in the UK and Ireland.

Each day has a special meaning, and it is not just about blinis 🙂 A great deal of outdoor activities accompany the festival prompting our school’s annual “Roll in the Snow” Field Day during Maslenitsa Week.

Each day of the 7 days of Maslenitsa corresponds to a different activity. Here’s a break down of the traditional celebration:

So back to the burning effigy… In preparation for the event, my students wrote down their wishes for the year on slips of paper which were then stuffed in the Lady Maslenitsa scarecrow. They also strung together sushka, which you may remember from the opening celebration for new teachers back in August. They munched on these necklaces during the effigy burning.

At 3:20pm the Lady Maslenitsa was set alight and everyone’s wishes for the new year sent skyward.

Although Maslenitsa celebrates the onset of spring, it clearly seems a long way away from all the snow still on the ground! Luckily the temperatures appear to be climbing bit by bit each day.

Today I’m just back from spring break in Thailand, having soaked up some Vitamin D and spent time with some great old friends. Look for an island-hopping blog post soon and Happy Spring, everyone!

приветствие from the frozen tundra! Yesterday I had the most amazing chance to get out to the Russian countryside and take a sleigh ride.

We traveled northwest from Moscow for about an hour and arrived at a fairly large farm. Immediately we spotted the horses in the yard, being run by adults and children of all ages. A friendly Bernese Mountain Dog trotted over to greet us and hens clucked underfoot.

Upon arrival, we were seated on benches of packed snow which were covered in thick blankets. Beyond a rickety barrier made of branches, a horse show was put on for our entertainment. Highlights included a horse jumping through a flaming hoop and a couple “dancing” on horseback. My animal rights heartstrings tugging at me, I accepted this as a cultural opportunity and enjoyed the beauty of the animals.

Soon after the show (which came replete with ear-piercing traditional music and an impromptu jig by a member of the audience), our sleighs arrived! The horse pictured in the middle (above) is a Clydesdale.

Despite being packed into the sleigh like sardines, we were plenty chilly after our ride, so we took shelter in a tin longhouse on site. A snack was already laid out for us, warming atop the crude antique stove.

All in all, the trip was yet another once-in-a-lifetime deal here in Russia. I’ve ridden snowmobiles before but nothing compares to the tug of a horse-drawn sleigh as you make tracks across an open plain. It was magical.

Stay tuned this coming week for my school’s celebration of Maslenitsa, the pagan holiday turned cultural tradition which ushers in the coming spring. Cheers to that! 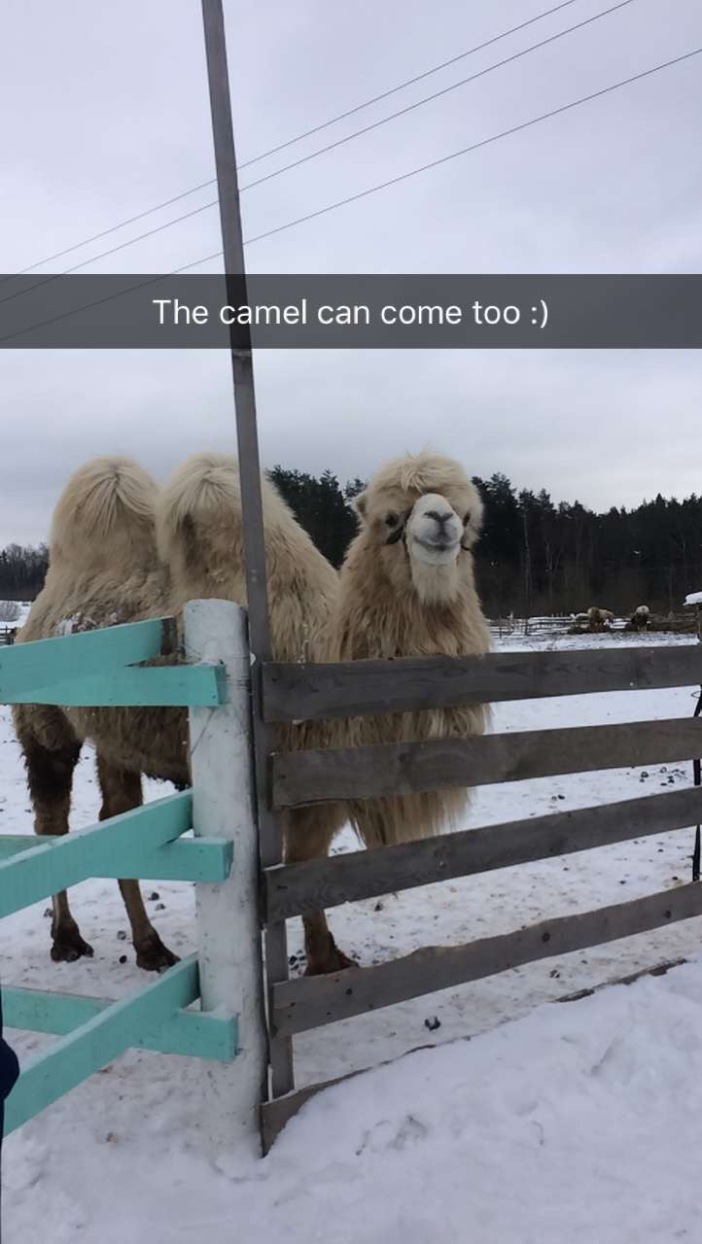 Happy New Year, everyone! It’s Orthodox Christmas here in Russia. The stores are closed, families are gathered together, and it’s -22 degrees Fahrenheit! But no need for alarm, all is well here in Moscow. I still have a job, despite the “fake” news reports of last week. To everyone who reached out, I really appreciate your concern. Teaching abroad comes with many ups and some downs and this past week certainly proved an interesting blip on the radar.

No need to dwell, I thought I would share what I’ve learned about Russian Orthodox Christmas on this day of celebration…

Happy New Year to you all! May cooler heads and wisdom prevail in 2017. Wishing you health and happiness wherever this note may find you.