From a Roman fortification known as Lucilinburhuc (′little castle′), to the present day seat of the European Court of Justice, Luxembourg has been through a great deal over its thousand-year history. With a population of 576,000 and a landmass of just under 1000 square miles, this tiny country has three official languages: French, German, and Luxembourgish (it’s real!). You can drive across the entire country in just over an hour. It is the only remaining grand duchy in Europe (Tuscany and Finland were both grand duchies at one point). After repeated invasions by Germany – the last of which resulted in the foundation of the European Union – Luxembourg is heavily influenced by bordering nations Germany, Belgium, and France. And yet, it boasts a style all its own. “We want to remain what we are” is the country’s motto. And they do so with style and flair.

I traveled to the country to attend a professional development conference at the International School of Luxembourg (gorgeous campus, generous teachers), with much of my time spent with a group of ten art teachers from all over Europe. We spent a full day downtown, exploring and creating artwork in visual journals. 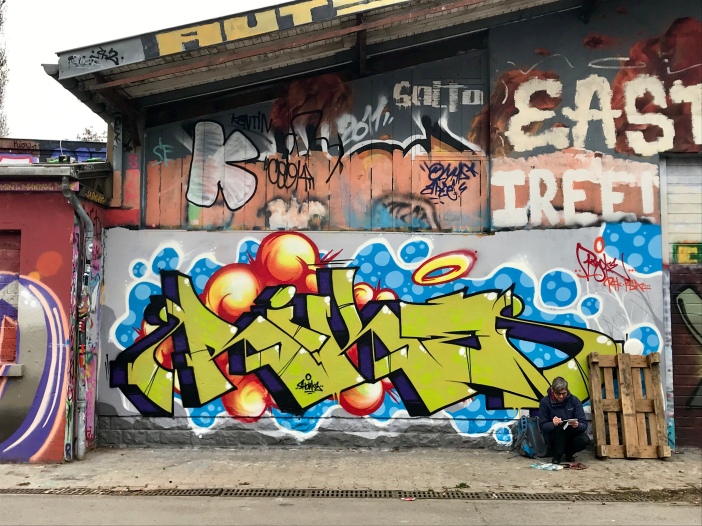 We started our day at Skatepark Hollerich, taking inspiration from the gorgeous graffiti which covers the place from top to bottom. 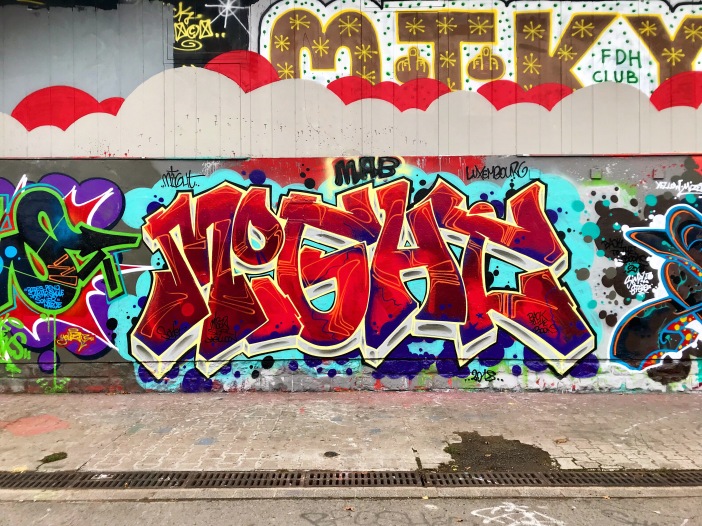 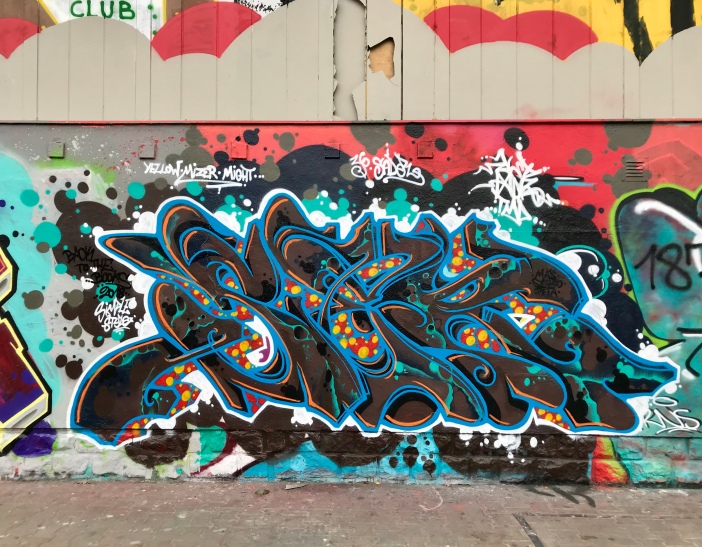 Hopping on the bus to downtown, we switched over to architectural drawings, practicing making art wherever we stood, and focusing on the details we encountered. 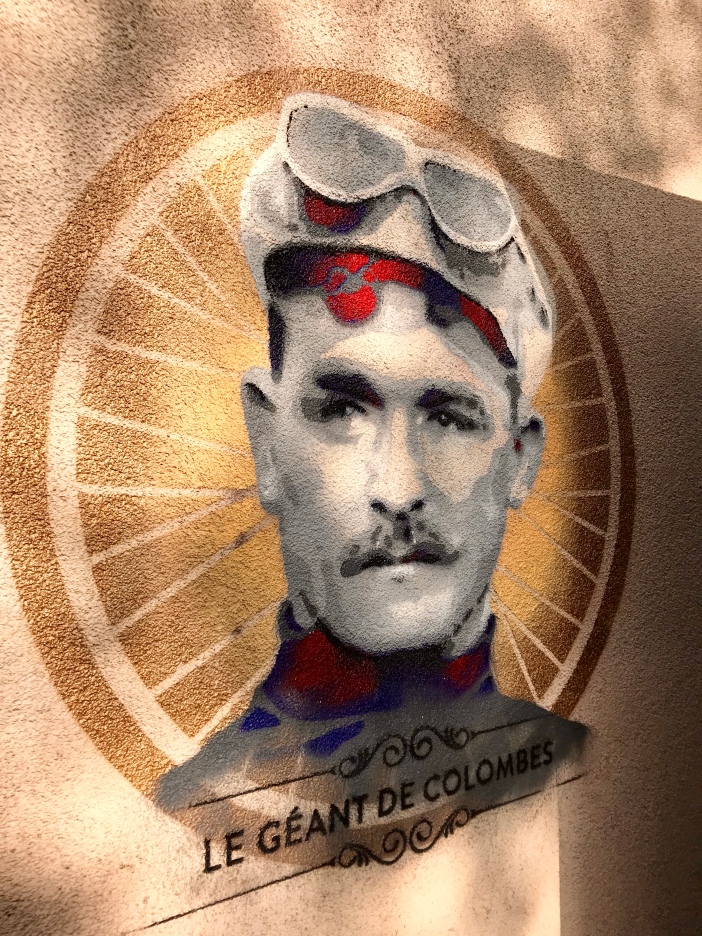 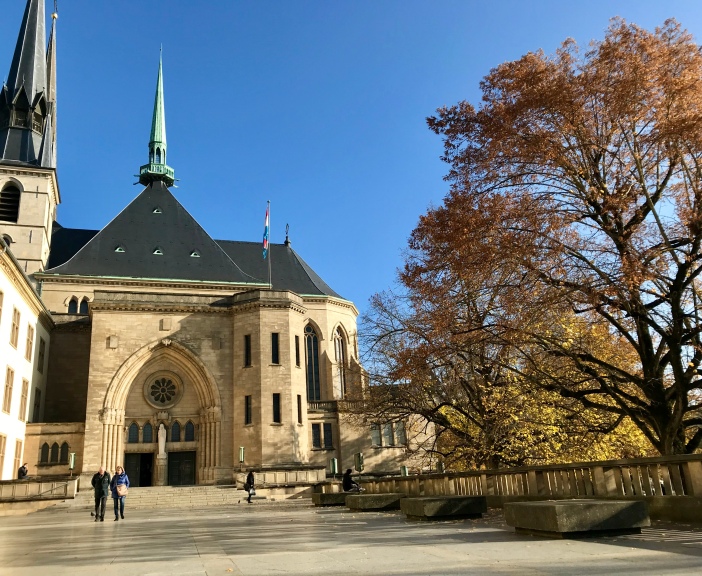 Known as the City of Roses during Europe’s Belle Epoque, Luxembourg City has retained its charm. Arriving at the tail end of autumn, the city was abuzz with Christmas market preparations. I was one week too early to shop but the carnival made for some sweet compositions. 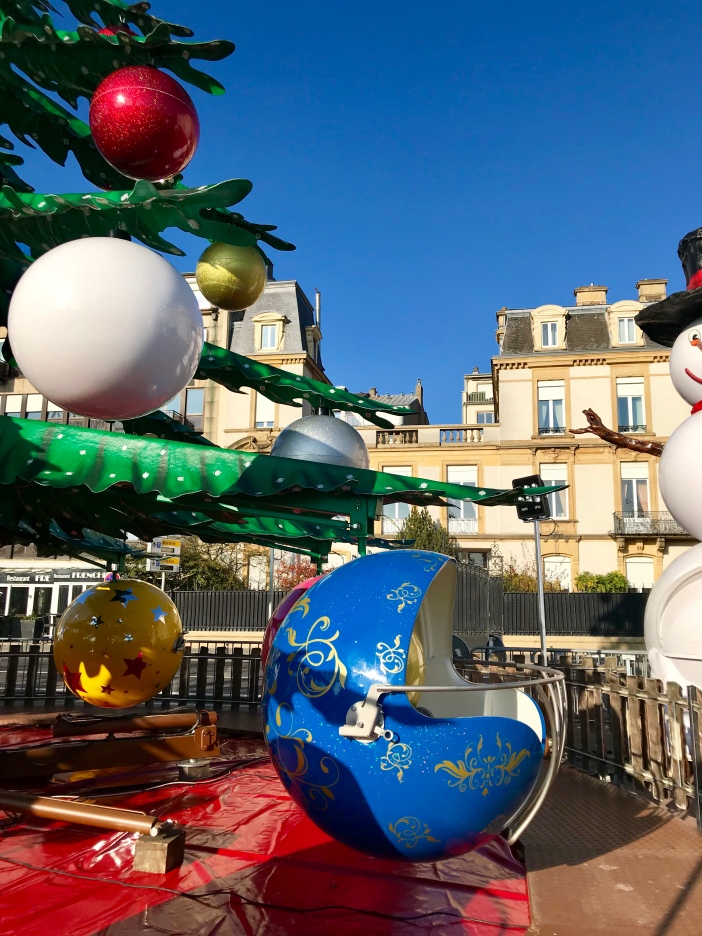 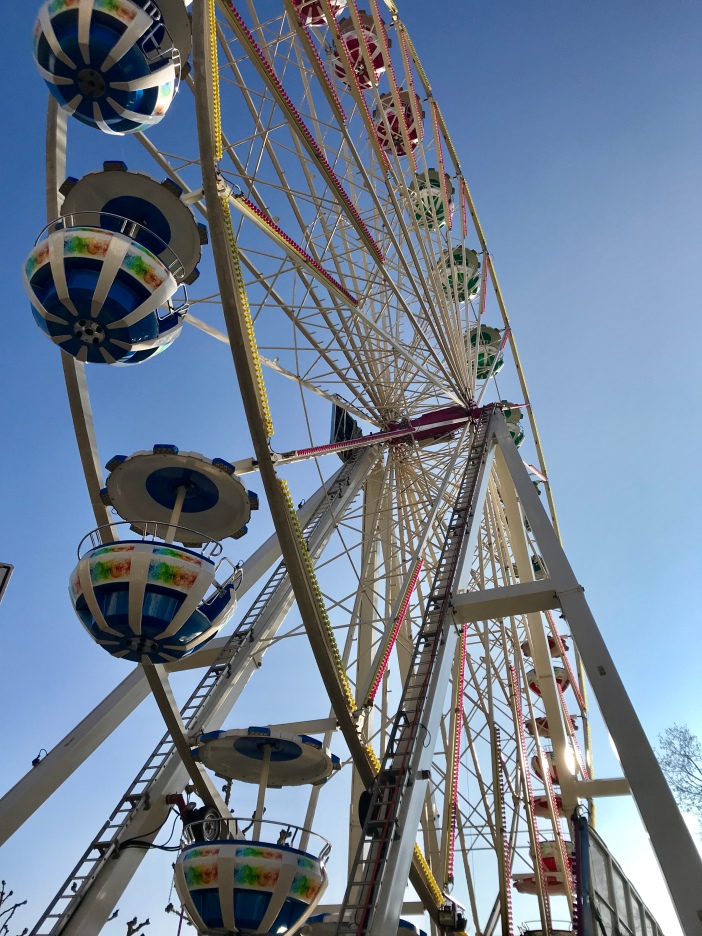 An organization called Urban Sketchers (www.urbansketchers.org) had mounted an exhibition in one of the main squares. On this gorgeous fall day, the sun danced across the building facades, taking the edge off the chill as we sat and sketched. 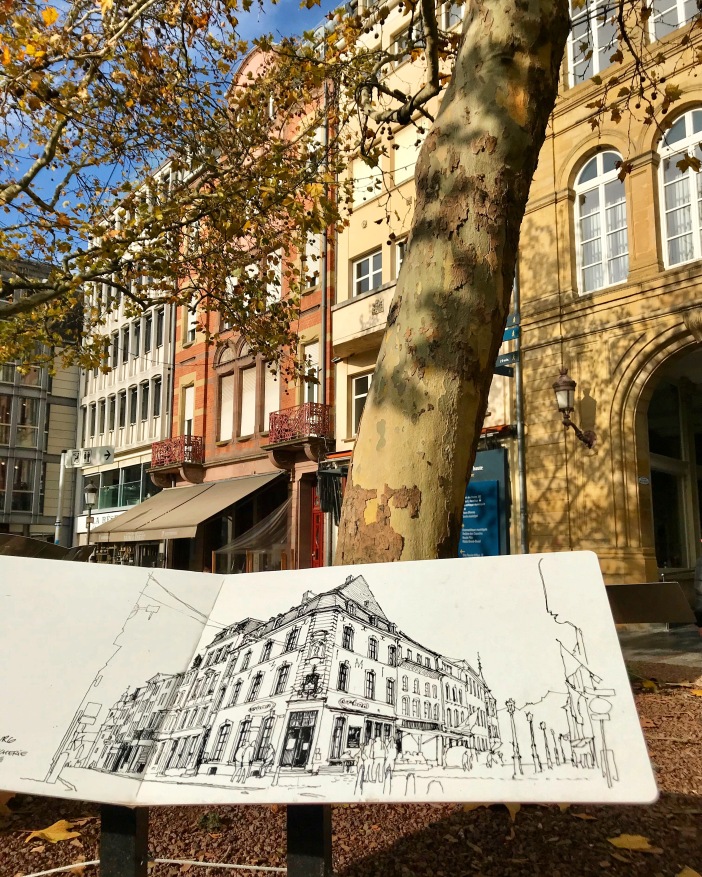 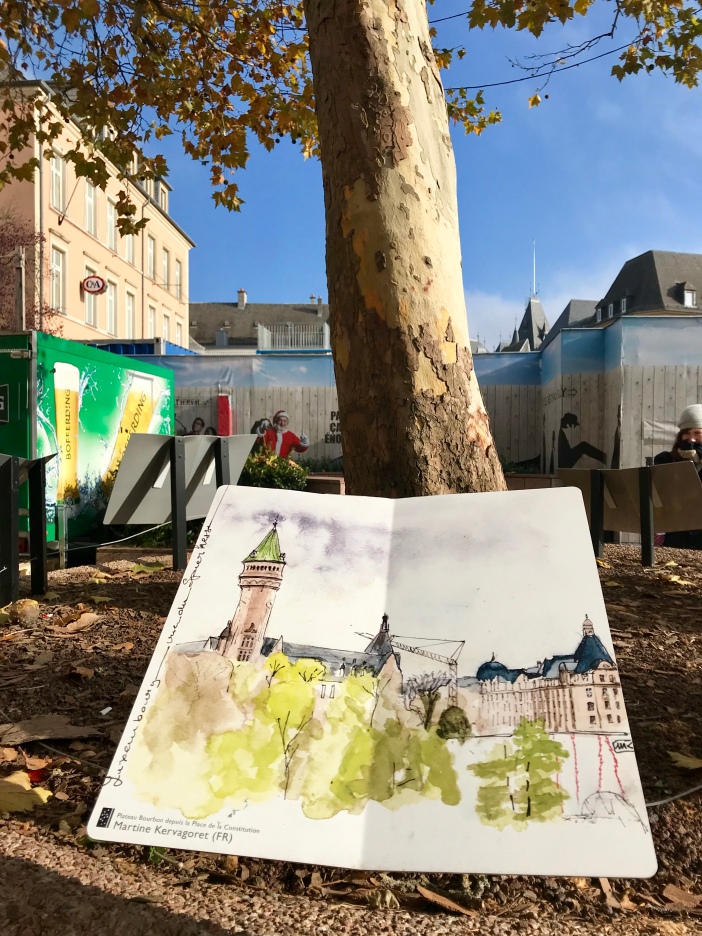 A tangle of sidewalks and alleyways make up the city’s historic downtown, with upscale butcher shops and boulangerie around every turn. Perhaps my favorite part of ducking in and out of the little cafes was talking with friendly local shopkeepers. I tried out more French than I’ve dared speak in years without any judgement. Everyone speaks a smattering of languages here and they truly appreciate the effort. 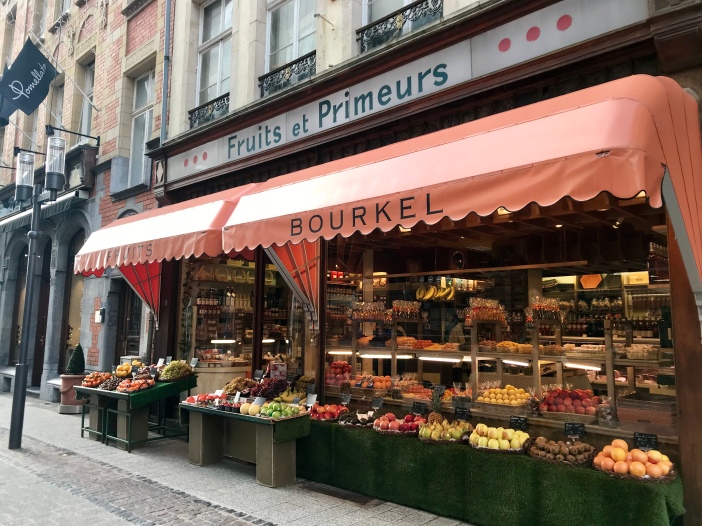 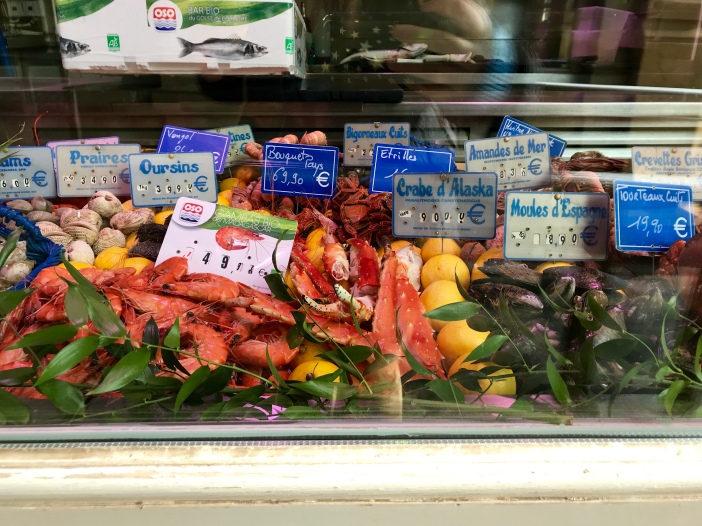 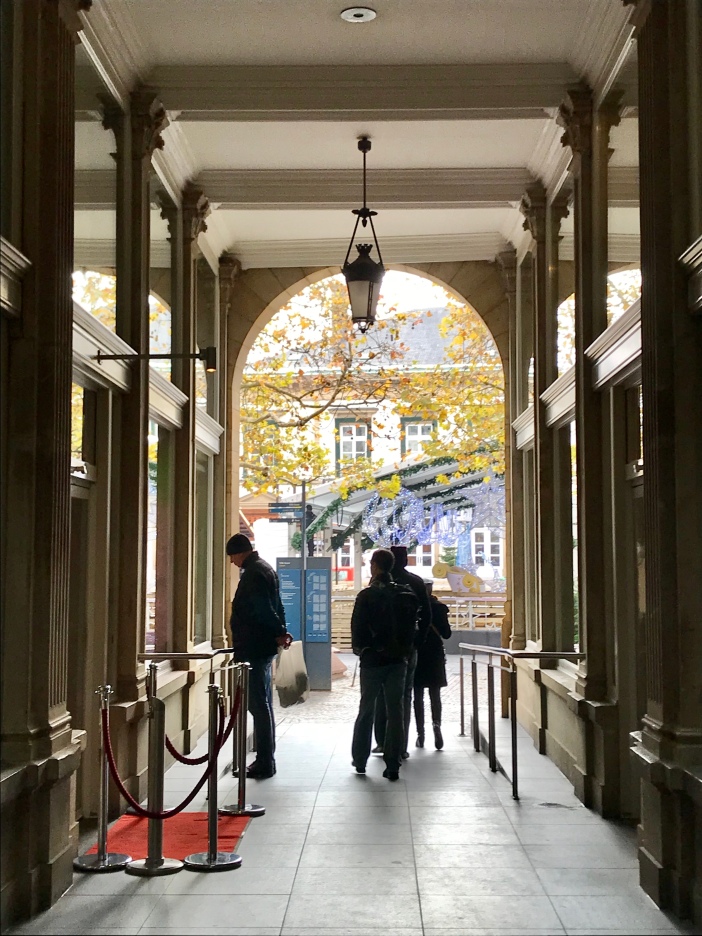 Off the center of town, the fortress walls drop off into a wide, tree-filled valley. Below the rampart walls lies a UNESCO World Heritage Site known as the Bock Casemates, 14 miles of tunnels which still exist today. Once a staging area for gun and cannon artillery, the tunnels also housed shops and barracks for over a thousand soldiers in the 18th century. 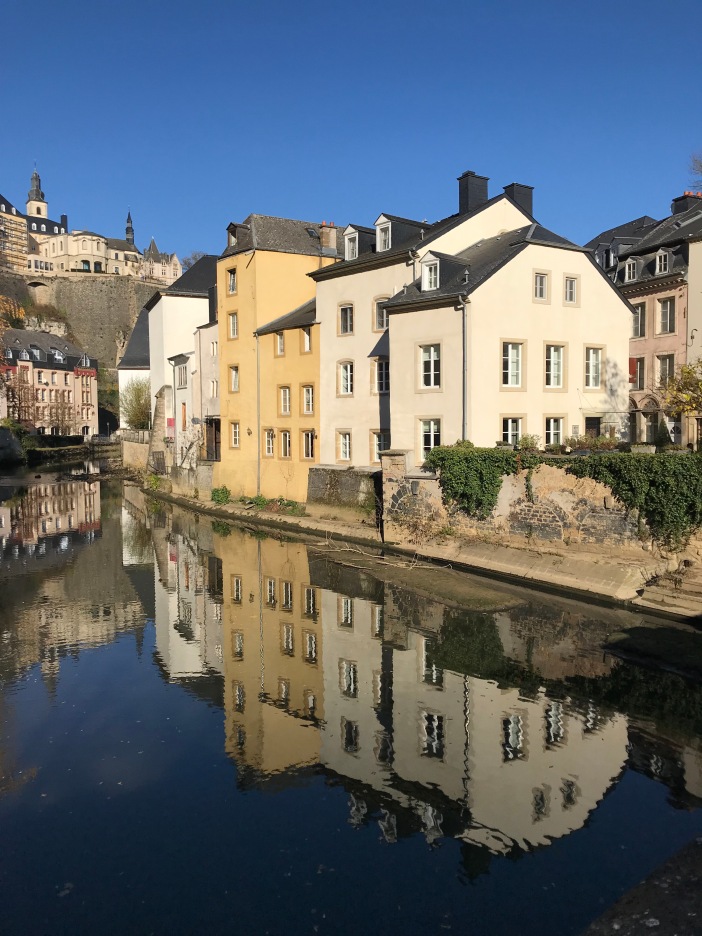 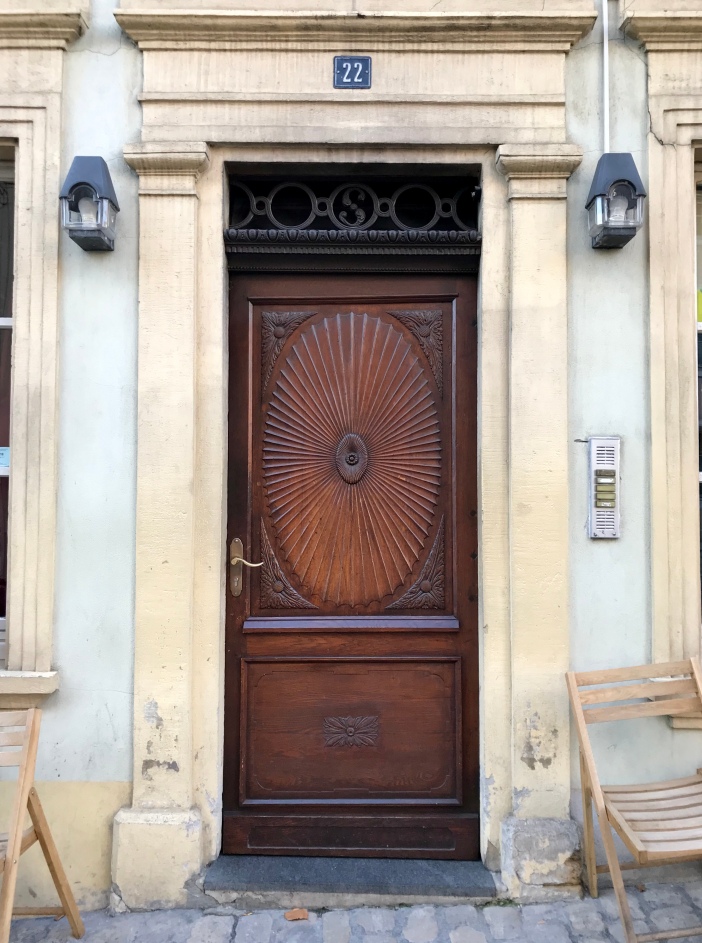 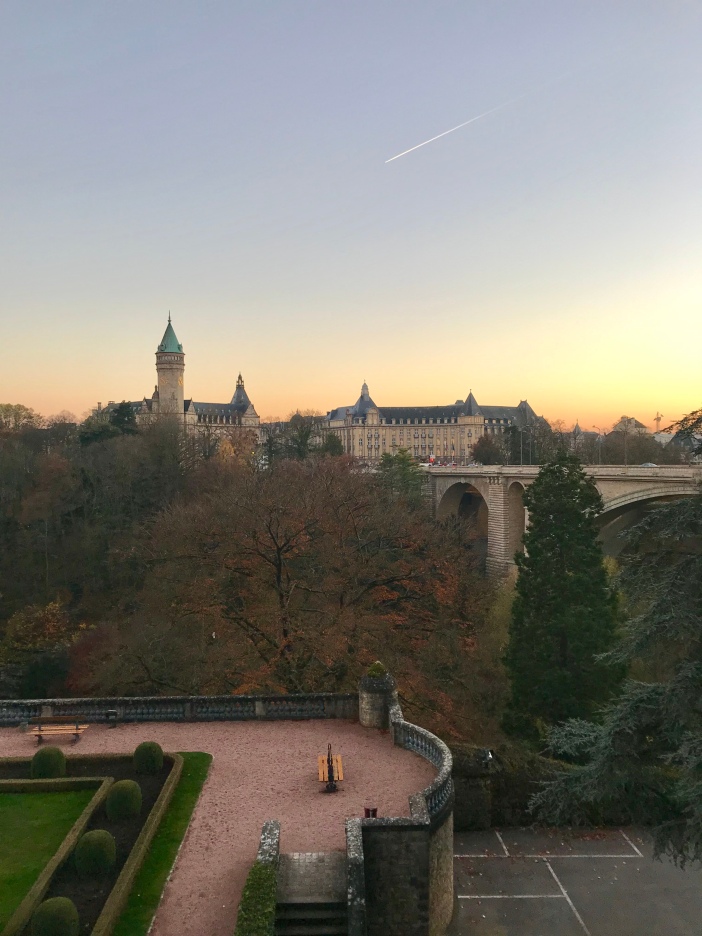 The valley provided a reprieve from the constant wind up above. A series of bridges resembling Roman aqueducts allow passage overhead. The whole city exudes a regal flair, particularly magical at sunset.

While I was there, I was fortunate to meet up with a friend from my old school in Korea. Soo had recently moved to Luxembourg with her husband and daughter. We had a great time exploring the city together. Here we stand outside the Gare Centrale, a slightly sketchy part of town with all the best restaurants and bars, of course. 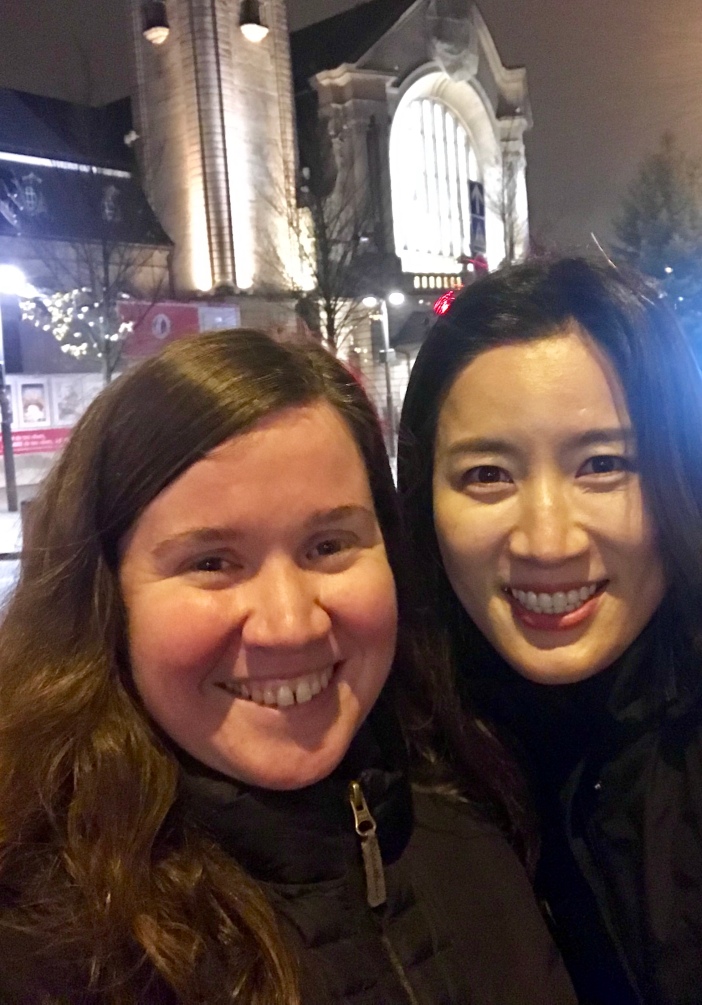 Luxembourg proved endearingly charming, so much so that I would love to return. I think a combined road trip through Belgium might be just the ticket (here’s looking at you, Bruges!), and sooner than later. Until next time… à bientôt, Luxembourg. 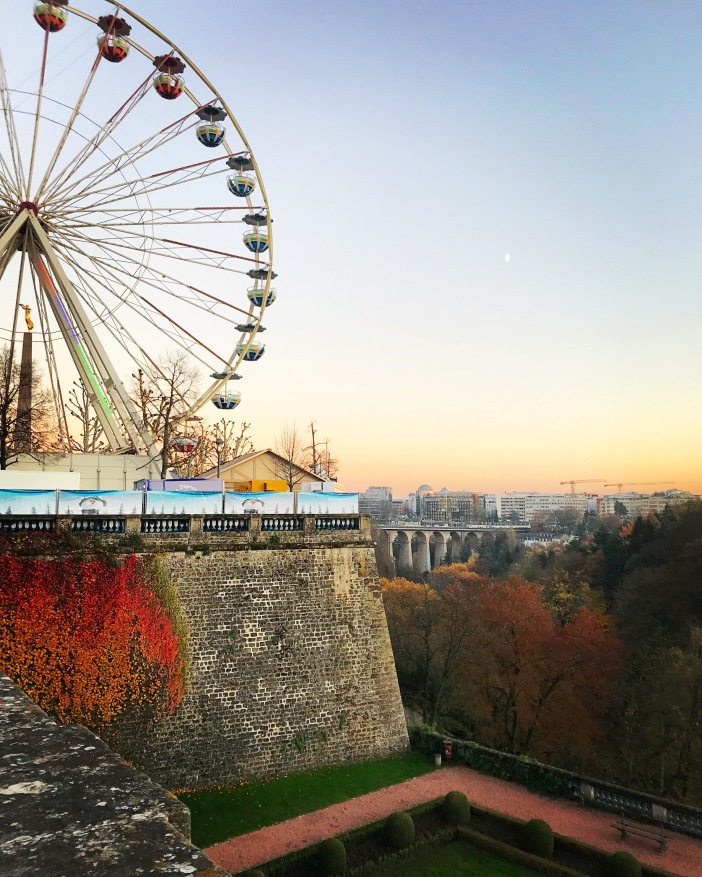 5 thoughts on “The Duke Rides a Motorbike” 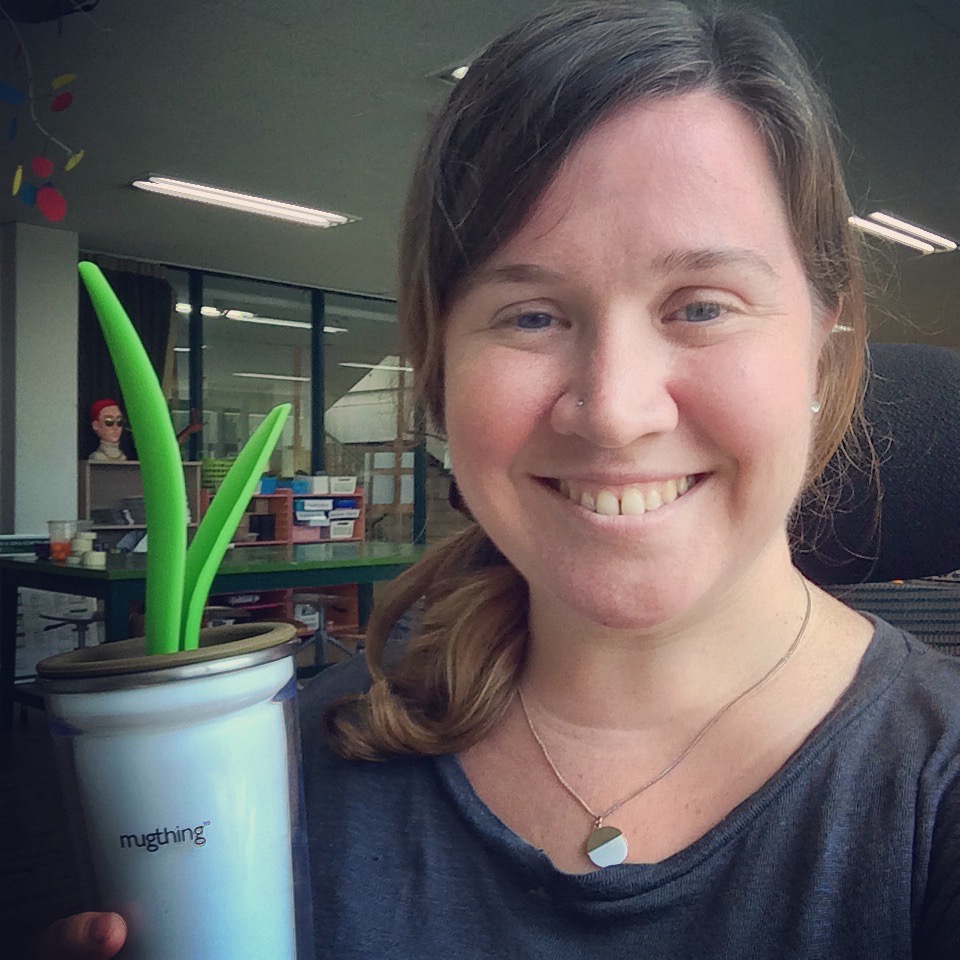